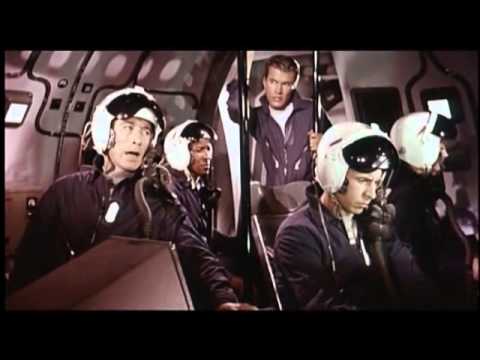 Original titled SPACE MEN but released in the USA as ASSIGNMENT OUTER SPACE, this is a 1960 science fiction film starring Rik Van Nutter (gotta love that name!) and directed by Antonio Margheriti and produced by Samuel Z. Arkoff.

It follows an assignment by Interplanetary News reporter Ray Peterson aboard a space station in the 21st century. Despite problems with the base commander, he is eventually responsible for stopping a space ship which threatens to destroy the Earth.

It was director Antonio Margheriti’s first assignment, and this film showed what quality he could deliver while working with a minuscule budget.

This film is interesting for having a black protagonist, American choreographer, Archie Savage, in a pivotal role. It reminds us of FIRST MEN ON VENUS, the film based on the classic Lem story, its full of library music and science waffle, but a really interesting watch, trying hard to feel ‘factual’