In this part 2 of 2, the Nerd continues through his journey through the Batman games that were made for the Commodore 64, NES, Sega CD, Atari Lynx, SNES, Game Boy, and Genesis. This is Angry Video Game Nerd Episode 53.

First on the Joker’s stash is Sunsoft’s follow-up to their first NES Batman game, Batman: Return of the Joker for the NES, 1991. It was developed before the arrival of the film, Batman Returns, which the first game was actually more of a tie-in to the ’89 film. What sets apart from this game’s predecessor was the gameplay, in which Batman uses an arm cannon that shoots various types of Batarangs, and never uses close combat. Much like the first game, the graphic and music are excellent. However, it is also difficult, but it has several parts that make this game even more frustrating, such as the third stage, the falling rocks, and items that can’t shoot through. In some ways, Batman: RotJ for the NES wasn’t an overall terrible game, but was really inferior to its predecessor in many ways.
Next under on Joker’s sleeves is a Gameboy version of the same name in 1992. Unlike its NES counterpart, the GB version plays just like the first NES Batman game, with the hand-to-hand combat, throwing weapons, and the wall jump returns. This game also feature a grappling hook, for Batman to swing through large gaps. However, the GB version turn outs unenjoyable in more ways than one, due to its finicky controls, along with the grappling hook that pops out on its own. Good luck trying to beat the first level!
And lastly, the Joker brought out Batman: RotJ’s Genesis counterpart, Batman: REVENGE of the Joker, in 1992. It indeed and 16-bit enhancement of the NES version, but it turned out even worse, once you meet the gargoyles. It was very cryptic to know how you are supposed to destroy it. Will the Bat-Nerd escape this unusual torment from the deranged Clown Prince of Crime?! Well, you are on the right Bat-time on this Bat-channel! 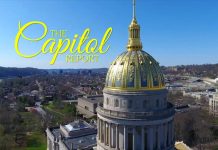