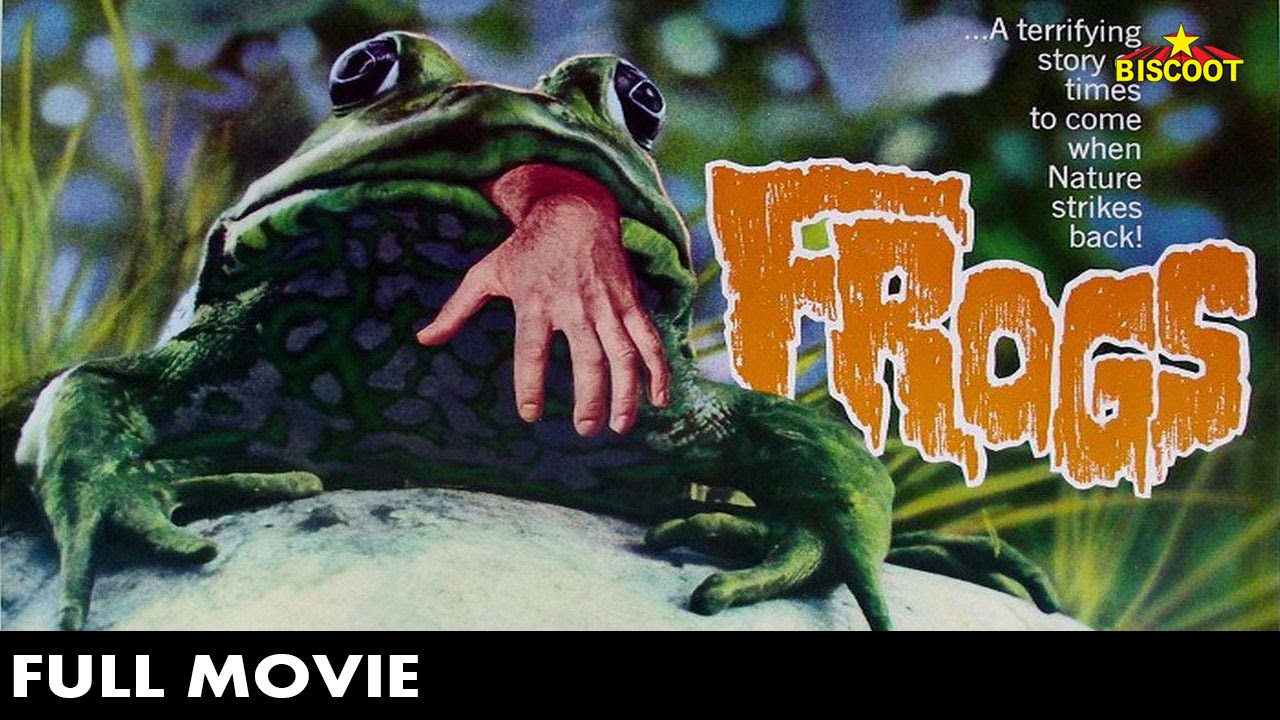 Watch Full Length English Movie Frogs release in year 1972.
Frogs is a 1972 horror film directed by George McCowan. The film falls into the “eco-horror” category since it tells the story of an upper-class U.S. Southern family who are victimized by several different animal species, including snakes, birds, and lizards, as well as the occasional butterfly. Nature, the movie suggests, may be justified in exacting revenge on this family because of its patriarch’s abuse of the local ecology.