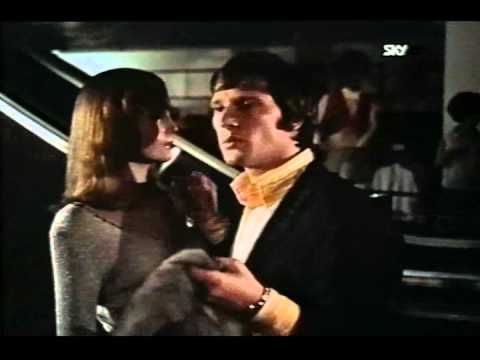 “Journey to the Unknown” was a 60-minute sci fi anthology that was produced for British television in the late Sixties. The first episode was entitled “Eve” and was about a young man working as a boutique assistant in swinging London. The story occupies the half-world between reality and madness. It involves a department store window dresser named Albert Baker, who has fallen in love with a store-window mannequin. To Albert, “Eve” is a real person, but his love is threatened when she is doomed to be destroyed with other discarded mannequins. Was “Eve” ever anything but a store mannequin? Or did she really come to life for Albert?

In 1969, Karen and Richard Carpenter recorded their first album, “Offering” (later retitled “Ticket To Ride,”) One of the songs was called “Eve,” and was based on this episode. Richard explains how he and John Bettis wrote “Eve:”

“Eve” written in 1968, was inspired by an episode of a suspense anthology that was on TV at the time. Different stories were featured each week with a variety of guest stars. One starred Carol Lynley and was entitled “Eve.” This triggered in me the opening lines both lyrically and musically, after which I completed the melody and John did likewise with the lyrics. Karen was just 19 years old when she recorded “Eve.”