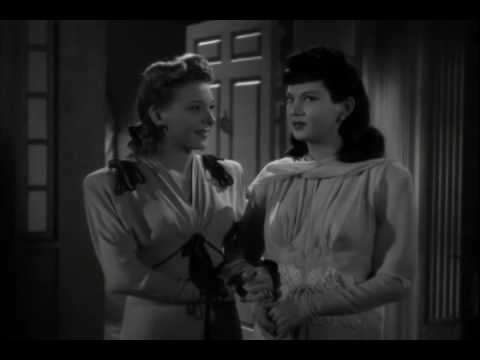 Hungarian Count Alucard, a mysterious stranger, arrives in the U.S. invited by Katherine Caldwell, one of the daughters of New Orleans plantation owner Colonel Caldwell. Shortly after his arrival, the Colonel dies and leaves his wealth to his two daughters, with Claire receiving all the money and Katherine his estate “Dark Oaks.” Katherine, a woman with a taste for the morbid, secretly begins dating Alucard and eventually marries him, shunning her long-time boyfriend Frank Stanley. Frank confronts the couple and tries to shoot Alucard but the bullets go right through the Count’s body and hit Katherine, seemingly killing her.

A shocked Frank runs off to Professor Brewster, who visits Dark Oaks and is welcomed by Alucard and a living Katherine. The couple instruct him that henceforth they would be devoting their days to scientific research and only welcome visitors at night. Frank goes on to the police and confesses to the murder of Katherine. Brewster tries to convince the Sheriff that he saw Katherine alive and that she would be away all day, but the Sheriff insists on searching Dark Oaks. He finds Katherine’s dead body and has her transferred to the morgue.

Meanwhile, Hungarian Professor Lazlo arrives at Brewster’s house. Brewster has noticed that Alucard is Dracula spelled backwards and Lazlo suspects vampirism. A boy bitten and drained of blood confirms this suspicion. Later,the Count appears to Brewster and Lazlo but is driven away by a cross.

Vampiric Katherine enters Frank’s cell and explains that she still loves him, that she married Alucard only to attain immortality, and that she wants to share said immortality with him. Frank is initially repulsed but then yields to her, as she advises him on how to destroy Alucard. Frank breaks out of prison, seeks out Alucard’s hiding place and burns his coffin thereby destroying him. Brewster, Lazlo, and the Sherrif arrive at the scene, only finding Alucard’s remains. They then go to Dark Oaks, where they find out that Frank has also set Katherine on fire, destroying her.