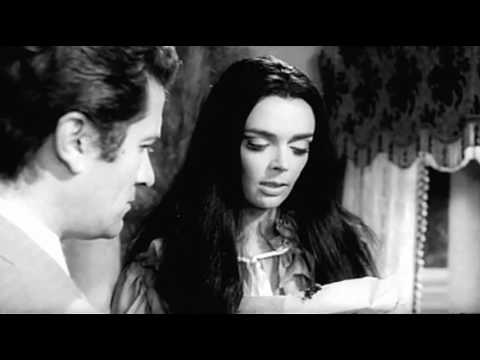 1965 Italian b/w horror thriller with Barbara Steele, hiding a dark secret in her villa regarding her dead husband, who dabbled in the occult, and is now reaching out from the grave for revenge on those who murdered him. This is a composite remaster which is the US/European English language version of the film taken from various good quality versions. I have uploaded this because it is the best looking of the English friendly versions. A beautiful HD version of the Italian cut is on youtube, with Italian dialogue and English subtitles. This version known as 5 Tombe Per Un Medium, has a different opening scene set in the attorneys office before the titles, whereas the US version has a death of the first conspirator by horse in a barn before the opening credits. The italian cut also has a different suicide of the wheelchair bound Stiml, who hangs himself, but in the US cut he puts a sword into a chest of drawers, and runs himself into it. I believe the version I have uploaded here also has bits from a European cut which were missing from the US 82 minute cut, so my version is just over 90 minutes plus logos, and is English throughout with no subtitles. Unfortunately the opening titles are poor quality, but the rest of the visuals look pretty good. Enjoy!!!